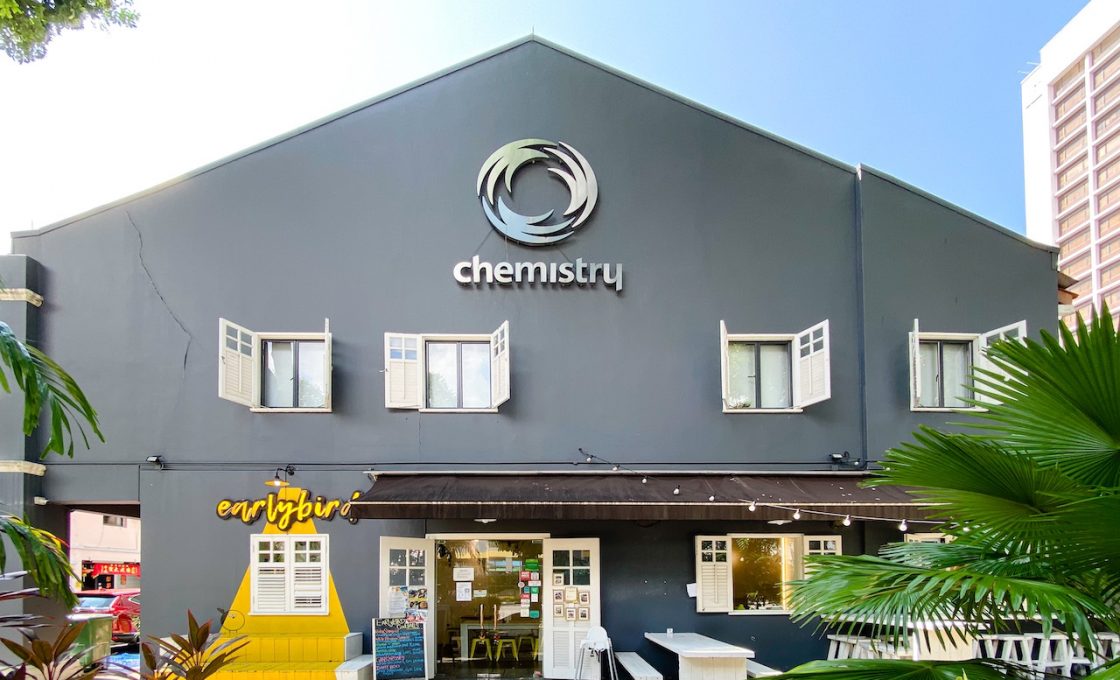 Serving breakfast early and drinks late, the Earlybird is a cool little café along Victoria Street at the edge of Kampong Glam and a stone’s throw away from Bugis.

As Singapore came out of Covid-19 Heightened Alert restrictions, we decided to support our F&B establishments by going out to breakfast on the first day.

Earlybird is decorated in bright colours inside a renovated shop house. Its furniture is functional and basic, giving it a hip atmosphere against the high ceiling and the bird themed decoration.

We’d made our reservations via Chope and were their first customers since the reopening of dining-in. We had the whole restaurant to ourselves. We were greeted by the friendly and professional staff who swiftly had us seated and provided menus. Orders are placed at the counter.

We ordered an iced cappuccino with oat milk and a mocha for our coffees. For our mains, we got the truffle shrooms and the chilli scramble.

Coffees came out first in about 10 minutes. The staff brought out cutlery and water at the same time. The truffle shrooms followed about 5 minutes later, and the chilli scramble came out about a further 5 minutes later.

The portions are very generous. The truffle shrooms were served with a large buttery croissant, and had a generous topping of truffle oil to go with the salad and the egg. The croissant was particularly good!

The chilli scramble was served with a side of thick cut bacon that was still juicy, and served on bread that was coarse and offset the fluffy eggs. It was accompanied with corn topped with some red chilli that kept it true to its name.

Our meal for two came up to just over $55 which is about the going rate for a café of this calibre and in this general area.

Earlybird is a fun little café with decent fare and a decent price point. Its a great place to meet for breakfast with family and friends, or to stop for coffee or food if you happen to be riding in the area.